A hungarian student who spends 11 months in China, and views the great country throughout what's happening with him.

Today instead of going to school we went out for a team-building exercise. More than 800, about 16 years old student, and me, to have fun and experience some things in life only could be solved by a team of excellence, but most importantly a team with one goal. Or I should say, One Team, One Dream!

We learned a lot just by having to work together. And which is amazing to just watch that how everyone gets so pumped up and excited when doind these small challenges. 😝

There were 3 games, which had to be solved.

1. There is a field, where ‘bombs’ and as well bullets are put down. The purpose of the game to work in team, and shoot down other team’s players. There are several teams. The people who actually plays has to cover his eyes. There are two other people who, 1 is looking at the field, with gestures show the other person how to go, where is a bullet and where the other people are. So the one that receives these messages of gestures, cannot see the field. But has to tell the player what to do. It is fun for sure, but takes a little too much time to do.

The other is just like this: have a ball, a drum and on the drum 15 ropes into 15 directions. Basically 15 people go their and has to play kind of like ping-pong on the drum. But of course doing this ate the same time. It is pretty hard. But there were a team that did 50 bounces 😄

But because this activity was based on an army, and that you have to do the obstacle-course, right. So obviously we had to do one thing, which looks cool and easy on TV, because performed by real, trained soldiers. But in reality it is much harder.

There were more than 400 hundred of us and only one obstacle, which had to be overcame. The goal is to get over this, go up, and help each other up, because you one person do not make it, unless you are a person that can run up on walls like spiderman, which would be cool by the way.

I guess I was at the right place, right time. So I was actually the first that landed on the top of the Wall. So I have a position now. But the position does not matter, you just need it in order to help others up. In order to make good things to others. In life it is just the same. Watch, let’s say you really want to be a football coach, but you do not know anything about football, you played it sometimes but it was not so good. But that is you dream, to teach others how to play great football. Why do you think anyone would like to learn from you? You never was a good football player. So you do not have the experience. No football player will learn from you. So this is why position matters.

So I got up there, I had the position. Now I had to help people up. And it was fun. After it other people on the top help everyone else to get up. Just going, no stopping. I thank everyone that helped this task to come true in less than half an hour! 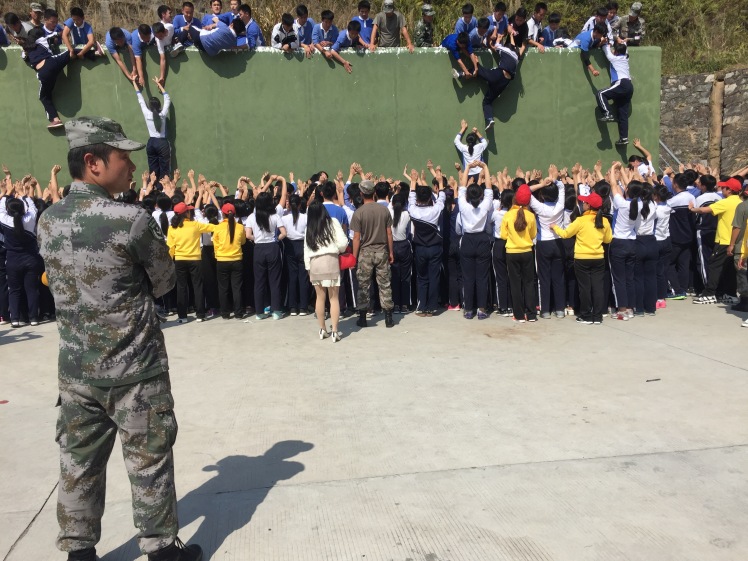 Basically, if I want to say, make it in life, so you can help others to make it as well! This is the purpose, this is why I need a starting point! This is why I am digging every single day in life! I want ro have influence on millions of others! And I am, but first I build myself up.

And now with this Culture, this language, these friends and contacts. I just grew so much in the past half year. Right now I am creating this place in my life, so I could give back. #keepgoing

If you did not yet do it, Follow me on Instagram, Facebook, so you could get even more insight into my amazing life here, in China 🇨🇳😜